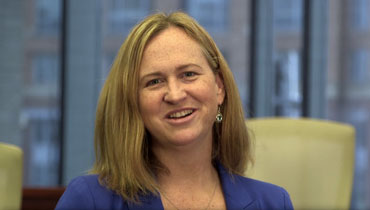 For more than five years, Professor Laura Donohue has been teaching a a five-credit simulation course entitled National Security Crisis Law (NSCL). As part of this project, students participate in a week-long simulation of a national security crisis, wherein each student is assigned to a role in the federal, state, and local national security infrastructure. Through this ITEL project, the existing simulation was augmented through the re-designing the web interface for the simulation, and through the implementation of Social Network Analysis tools to analyze the data produced through each simulation.

The course begins with twenty hours of in-class instruction on legal doctrine. To this is added eight hours of in-class instruction centered on process and performance: namely, executive decision-making and information management, the National Security Council inter-agency process, professional responsibility in a national security environment, theories of cognitive bias, and leadership.

One month into the course, the class, which ranges from 25 to 35 students and is comprised of J.D. students as well as L.L.M.s (students who have already practiced law and are returning to law school for their Master’s degree), is assigned to roles in the federal, state, and local national security infrastructure.

After researching their institution and position and meeting with the mentor, students prepare a 5-7 page memorandum describing the legal authorities governing their organization, the legal authorities, policies, and processes for which they are personally responsible; their responsibilities particularly as they relate to organized crime, drug interdiction, cyber threats, terrorism, biological weapons, and pandemic disease, and their organization’s relationships with other players in the exercise. Students also include in this document any relevant personal ambitions that may shape their decisions in the exercise of their office. I read the papers prior to the simulation to ensure that the students have adequate knowledge of their roles. If a student has missed any important aspects that will affect their performance in the simulation, I invite them to submit a supplemental paper, addressing the deficiencies.

The simulation is heavily technology-intensive. In the first instance, it relies on what we call the Video News Network (VNN), a SharePoint-based web site that contains televised segments, news articles, and press releases that drive the factual evolution of three separate national security threat storylines, as well as noise that is injected into the system. The main site is available to all simulation participants (both students and control team members). Further, password-protected tabs from the main site are unique to each team and allow them to communicate with each other as a group, and to circulate documents via pages to which only members of that team (and the Control Team) have access. Students may also form virtual teams outside of their institutional arrangements, to allow them to coordinate response to the threat scenarios.

In addition to access to VNN and the supporting team tabs prior to and during the course of the simulation, students are provided with classified (SIPR) and unclassified (NIPR) email accounts, as appropriate to the roles that they are playing. These accounts are currently opened in separate browsers to help to prevent confusion between classified and unclassified materials (leaks of classified materials result in suspension from the simulation pending Control Team investigation). To protect against any potential confusion between the real world and the simulated world, in turn, (a consideration particularly relevant for students who hold security clearances outside the law school environment), all communications related to the simulation take place within the simulation system, and all data is held on a central server, dedicated to the simulation. The emails and information are not discoverable from the outside, and access to all of the material is further password-protected. In the event that an individual from outside the simulation attempts to email a player, even if the email address is known to the outside person, the email is rejected.

To address the myriad issues that arise with the heavy use of technology, an additional, in-class session is scheduled for students prior to the simulation to meet with the technology group at the law school. This meeting ensures that students do not have any difficulty logging on to their classified (SIPR) and unclassified (NIPR) emails, or to VNN. A fortnight prior to the simulation, students are provided with a Participants Handbook, which lays out the rules of the road, the list of player and NPCs, members of the control team, and the like.

The simulation itself takes place over the progress of a week, with the first postings on the Video News Network, on Monday morning. On Friday we conduct a formative assessment of student performance, and on Saturday the students are subject to a summative assessment.

During the course of the simulation, approximately 3,500 total emails are generated. From a Control Team perspective, this breaks down to ~1,000 emails received via NIPR (unclassified communications) and ~500 via SIPR (classified communications). The Control Team sends ~1000 emails. Students, in turn, independently generate ~1,000 additional emails between the teams and within each agency/team. In addition to the email traffic, we deliver ~600 VNN broadcast and print injects. This volume of data provides an opportunity to learn more about how information moves, how students operate within institutionalized settings, what drives their decision-making, and how they set up and leverage (or fail to leverage) their formal and informal networks.

The ITEL grant in the final event focused on how we could use the data generated by the simulation to help students better accomplish the pedagogical goals set for them in the class. There are two areas, in particular, where the grant has helped us to make significant strides: first, in relation to decision-making in response to the injects and Control Team emails (including (a) what actually occurred; (b) student response to storyline and noise injects, and (c) ways in which cognitive bias plays a role in decision-making), and, second, in regard to the construction of formal and informal social networks—yielding insight into (a) leadership and (b) information management.