Music and Public Policy in the Age of Modern Media 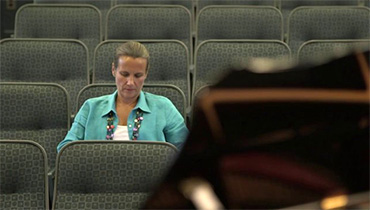 The central goal of the proposed project was twofold: to prepare viewers interested in attending (either online or in person) the Future of Music 2013 Policy Summit for the experience, and to improve student learning in several on-campus Georgetown undergraduate and graduate programs, most notably American Musical Culture, Film & Media Studies, and Communication, Culture & Technology. Principal Investigator Anna Celenza and fellow project team members aimed to achieve these objectives through 1) developing three faculty-curated videos featuring round-table discussions and interviews with well-known politicians, musicians, filmmakers and industry leaders interested in the intersection of music, film, social justice and public policy and 2) hosting a simulcast broadcast of the Summit, the contents of which could be used for the development of future online courses or flipped classroom activities.

This pilot project has been a true learning experience for all members of the team. Most important has been our exposure to the various technological possibilities, as displayed in the presentations by other ITEL project teams.

The pedagogical objectives of this project involved integrating more fully the topics of social justice, public policy and modern technologies into arts education (specifically music, media, and film studies) in a manner that would deepen students' awareness of contemporary cultural debates. The Future of Music Policy Summit served as the primary source of content integration for the project. Held once a year in Washington, DC, the FMC Policy Summit is a national event that pulls in 300+ top performers, lawyers, politicians and policy advocates working in connection with the music/media industry. Two videos were designed for this project to get students in team members' courses up to speed on the major issues covered at the FMC Summit, while the third video was developed following the event. The first video (an online interview and roundtable discussion) and the second video (roundtable discussion) were both used in six on-campus courses in the spring of 2014, and student learning assessment results suggested that the videos increased student content knowledge.