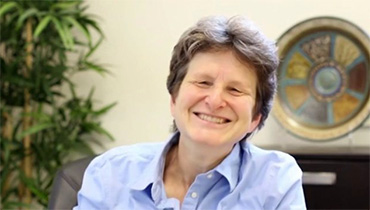 The process of developing and testing the game was highly challenging and very enjoyable. It reinforced my view that developing effective online learning tools is expensive, but that, despite the significant investment of time and resources required, providing different learning modalities to students, especially those with a "fun factor," can increase engagement with the learning process even at the post-graduate level.

The Evidence Game is an online game developed to realistically allow law students to learn and practice skills required to apply the rules governing the admissibility of character evidence in an actual trial. The goal in designing this game was to accelerate and deepen student knowledge and ability to apply that knowledge through repetitive play. In the game, which is styled as an online card game, students assume the role of defense counsel and play against the software, which assumes the role of the prosecution. The game simulates two aspects of a trial that are difficult to replicate in a classroom setting: 1) As in a real trial, the game gives players a limited time to object to evidence; 2) players have to make strategic decisions about whether or not to object to evidence that may be technically inadmissible. To be a good trial lawyer, an advocate has to develop a tacit understanding of the correct application of the rules as well a sense of how different types of evidence will shape a jury's thinking.

The team implemented an instructional design process in which learning objectives were mapped to both game actions and research questions. In addition, survey and analytic data were collected to evaluate whether the game was fun to play, and how many times a student repeated playing the game. When the game was used in fall 2013 classes, initial analysis showed that the game improved learning and was enjoyable. Most students who played the game reported playing it to study, prepare for the exam and/or increase their learning of material. The majority of students who played the game did so multiple times, and were motivated to do so to improve their performance within the game, winning the argument, or see if they improved their performance after studying the material. Rostain has shared findings from this project with colleagues at Georgetown Law School and has continued to improve upon and test the game.