Supporting a Unified and Interactive Microeconomics Sequence in Public Policy 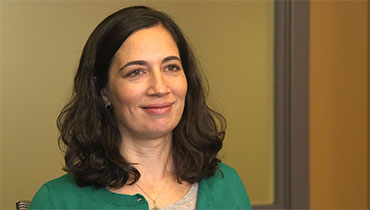 All team members agree that the greatest gain to us was the impetus it provided us to actively reflect on the curriculum, as it spans the required two-semester sequence, both taught in small sections by different faculty.

This project supported the creation of a library of microeconomics lecture captures for the reference of all McCourt students. Microeconomics is a required course for Public Policy, so this Google site allowed students to reference mini-lectures outside of the classroom. The library is populated with 14 lecture captures. This lecture capture library was designed to help students better learn microeconomics, no matter their academic experience. Many students have limited exposure to formal economics training; an overlapping subset of students is uncomfortable with the use of graphing and other mathematical concepts upon which the course relies. At the same time, many students are familiar with those methods, and a minority of students were undergraduate economics majors. Lecture captures provide an ideal way for the faculty to individualize instruction, as some students can choose not to watch and others can watch as much as they like. This library was designed to act as a resource for the entire microeconomics sequence, giving students continued access to faculty members' coverage of these core content areas during their enrollment in both semesters of Microeconomics.

After launching this site in Fall 2014, preliminary findings suggest that the lecture captures were valuable resources for microeconomics students. Particularly, students in the middle and lower end of grade distribution found the lecture captures to be very useful in their studying efforts. Using Google Analytics, Principal Investigator Nora Gordon found that 111 new users viewed the lecture captures over a period of four months. On average, viewers spent about three minutes on the site, which is roughly the length of one lecture capture. Perhaps the most interesting finding was that many students used the site intensively in December, with 30 users having at least 9 sessions. Thus suggests that lecture captures are useful to students during finals. Going forward, Gordon is interested in both referring students to the lecture captures that have already been developed for the library as well as adding topics that students request.